AWAKE, A Dream from Standing Rock → 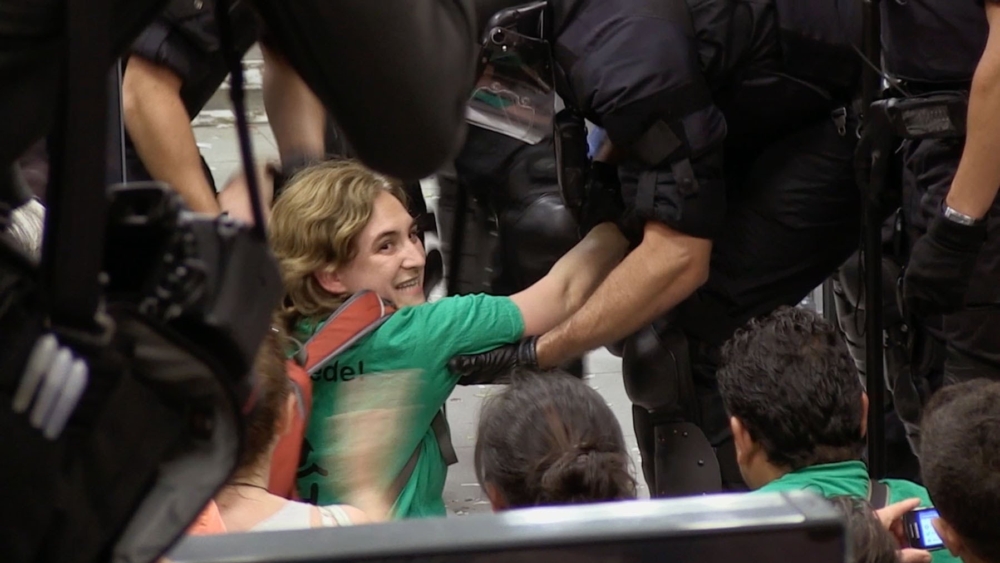 Ada Colau is a popular leader of the movement for affordable rents in Barcelona. When the city´s fragmented left aims to be united to enter practical municipal politics and, ideally, supply the next head of the city, she qualifies as front-runner for the collective platform Barcelona en Comú. Over a period of nine months, director Pau Faus observes a process that could be called a basic democracy workshop. His film depicts the enthusiastic construction of a new political movement and the inner struggle of someone who fears becoming what she has so often questioned. The result is a powerful and inspiring approach to a politician as you have never seen before.

Will Barcelona be the trailblazer for new progressive municipal politics in Europe? There´s definitely much to learn from its example.