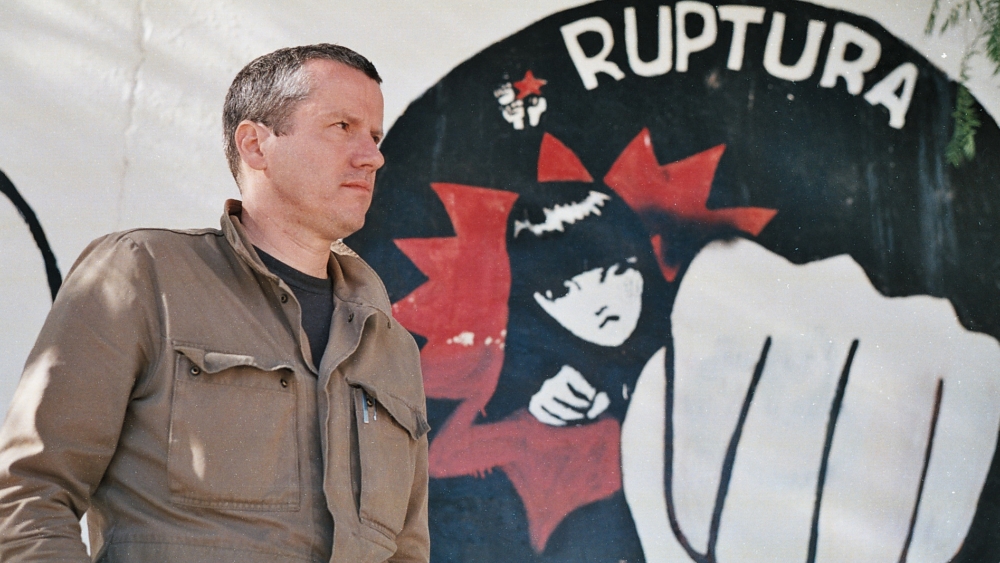 FILMGESPRÄCH
with protagonist Carne Ross (via videostream) about radical tranformation, Democratic Confederalism and future societies beyond the state

Carne Ross is a former diplomat with a CV that includes everything from political attaché for the British Foreign Office in the 1990s to declared anarchist with a mission to promote democracy in its most direct form. In the years around the Iraq war, Ross had a rock-solid faith in the institutions of Western democracy. He was himself instrumental in creating the foundation for the fatal war, which has destabilized the world over the past fifteen years. But his experience of corruption and inertia sent the disappointed Ross in a direction he never believed he would go.

His extraordinary personal and political odyssey in search for real democracy around the world culminates in a remarkable encounter with new forms of people power in the midst of war – in Rojava, Syria. After Assad´s troops had left the region, the Kurds managed to push back Daesh (Isis) and started a multicultural revolutionary experiment unique in history. They currently control three self-governing cantons with an estimated population of 4,6 million trying to build a new society based on gender equality, solidarity and freedom.