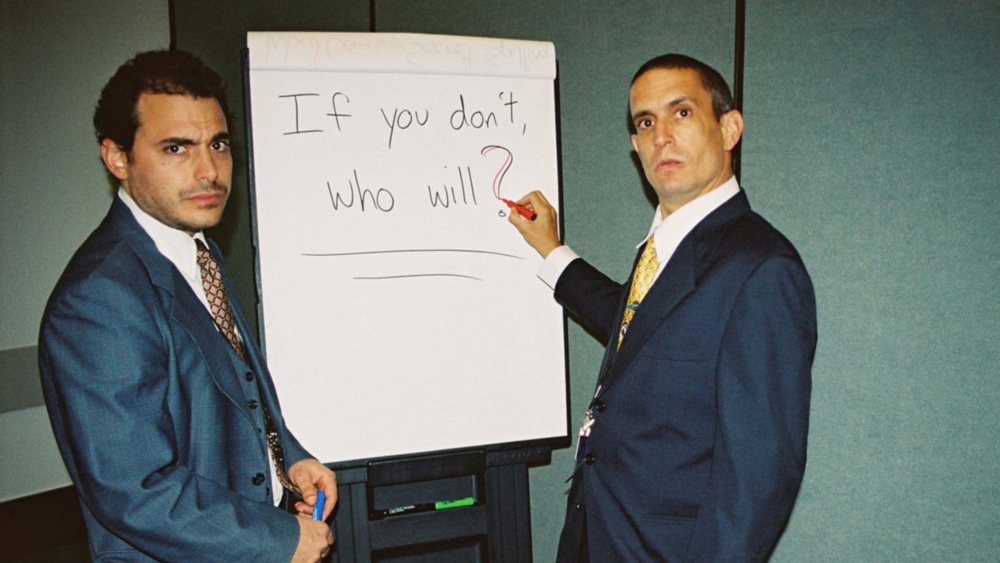 The Yes Men is an entertaining documentary which follows two prankster activists, as they gain world-wide notoriety for impersonating the World Trade Organization on television and at business conferences around the world. The film begins when Andy and Mike set up a website that mimics the World Trade Organization’s – and it’s mistaken for the real thing. They play along with the ruse and soon find themselves invited to important functions as WTO representatives. Delighted to represent the organization they politically oppose, Andy and Mike don thrift-store suits and set out to shock unwitting audiences with darkly comic satire that highlights the worst aspects of global capitalism.

Among others, the film also details the activists‘ involvement in hoaxes targeting the 2000 Bush presidential campaign and McDonald’s. This first part of the Yes Men trilogy is a now legendary flick you should not miss.